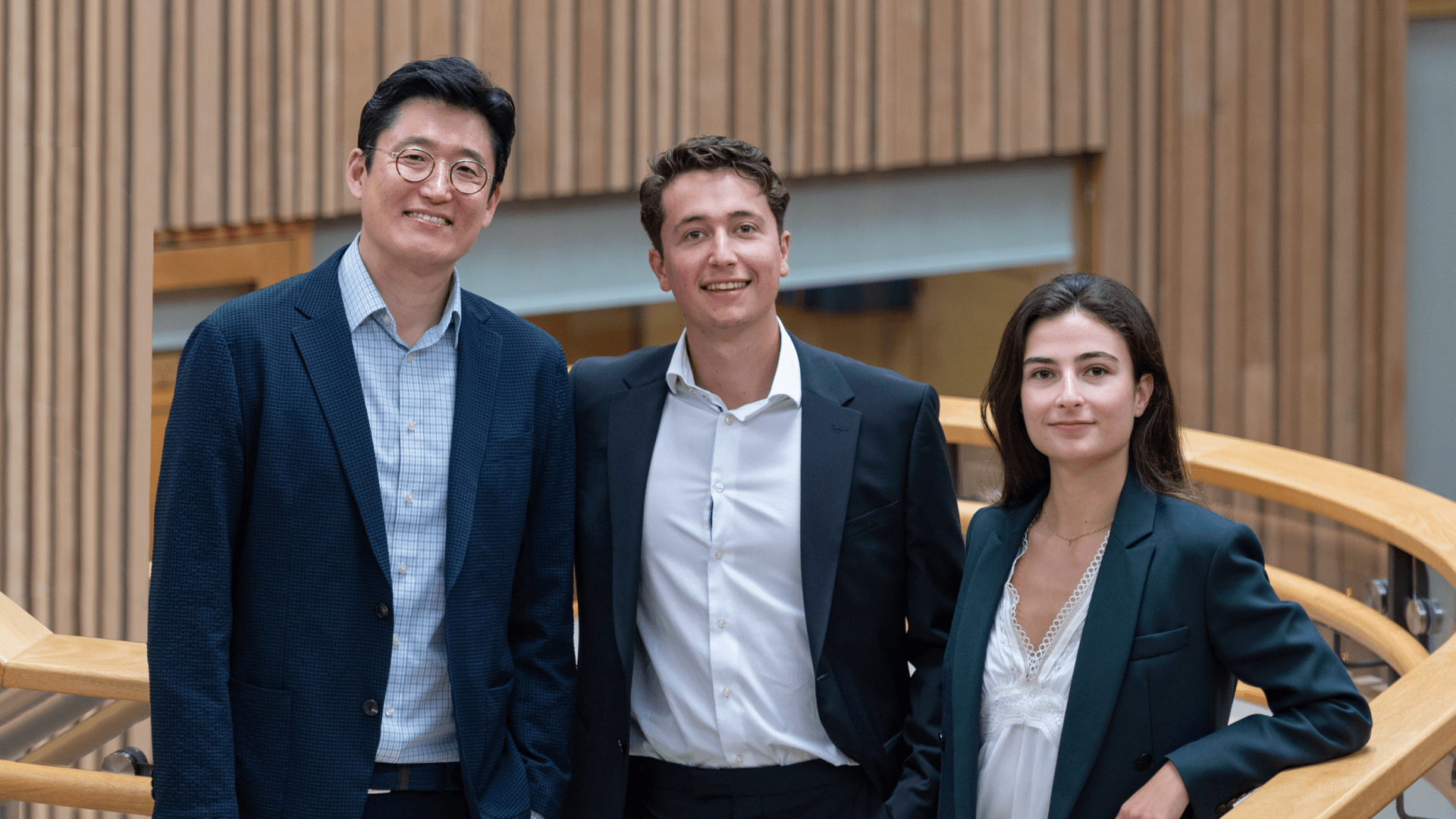 Cardiovascular diseases have persisted as the world's leading global cause of death since the 1980s. Yet, despite the rising number of deaths,  cardiovascular investment and therapeutic innovation are immensely dwarfed when compared to fields such as oncology and neurodegenerative diseases. New technologies must emerge to help close the gap.

CardiaTec is developing a target discovery platform leveraging AI to make sense of large-scale multiomic cardiovascular data. As opposed to conventional singular omic analysis, CardiaTec’s proprietary platform unravels relationships that span across every level of biology, from gene variation, methylation and expression, to their connection to proteomic and metabolomic functions to best understand disease development.

The company was co-founded by Raphael Peralta (CEO), Thelma Zablocki (COO), and Dr. Namshik Han (CTO). Raphael and Thelma are graduates of the University of Cambridge MPhil in Bioscience Enterprise. Dr. Namshik Han is a world-leading academic in AI applications for target and drug discovery, and he holds positions at the University of Cambridge as Head of AI at the Milner Therapeutics Institute and Associate Faculty of the Cambridge Centre for AI in Medicine.

Raphael Peralta commented, “Cardiovascular disease research has been subject to some very positive recent events, including the acquisition of MyoKardia and The Medicine Company. We strongly believe, after several decades of stagnated investment and innovation, cardiovascular disease is re-emerging with newfound interest, driven not only by the increasing requirements to fulfil the unmet need as it persists as the world-leading cause of death, but in the application of AI in being able to drive new and meaningful insights to help meet patients needs. Therefore, CardiaTec finds itself incredibly well placed to help drive innovation forwards within this space, now supported by a great syndicate of investors.”

This raise marks the first investment of Laidlaw Scholars Ventures (LSV), a new Venture Capital fund established by the Laidlaw Foundation to invest in businesses led by Laidlaw Scholars. LSV and APEX Ventures are co-leading the £1.4m round with participation from Crista Galli Ventures, o2h ventures and Cambridge Enterprise.

Niall Santamaria, Chief Investment Officer of LSV, said, “We are delighted to support this exceptional team on their mission to improve patient outcomes by using AI for good. Despite the prevalence of cardiovascular ailments, there has been significant under-investment, so we believe these funds will provide CardiaTec with the opportunity to unearth treatments that make a real difference to patients.”

CardiaTec was founded by ambitious individuals from the University of Cambridge motivated to change the drug target discovery landscape for cardiovascular diseases and reduce its burden on public health. CardiaTec is applying AI to analyse large-scale multiomic data to generate the next generation of cardiovascular disease targets. The ultimate goal of CardiaTec is to leverage their systems biology approach to speed up the drug discovery process, reducing its costs and bringing to market new compounds that will help to save patients' lives.

Laidlaw Scholars Ventures (LSV) is a for-profit business investing in start-ups founded and run by Laidlaw Scholars. Backed by a $50m fund, LSV accelerates Good Businesses by financing growth, providing support services, delivering extensive training and development, and bringing a network of expert advisors and mentors. All profits from LSV will be returned to the Laidlaw Foundation to invest in its educational programmes designed to break the cycle of poverty, reduce inequality and develop a new generation of ethical leaders.

APEX Ventures is a Europe based Venture Capital Firm investing in deep-tech start-ups with a focus on unique and defendable intellectual property and above-average market potential. APEX funds have completed numerous investments in Europe and in the U.S., among others in the fields of AI for medical applications, quantum and laser technologies, autonomous mobility, computer vision, as well as digital forensics. APEX Ventures closely supports the founding teams in their go-to-market approaches to help accelerate international growth. To identify talented teams and support their ideas at an early stage, APEX Ventures closely works with academic institutions, entrepreneurship programs and other international VC partners.