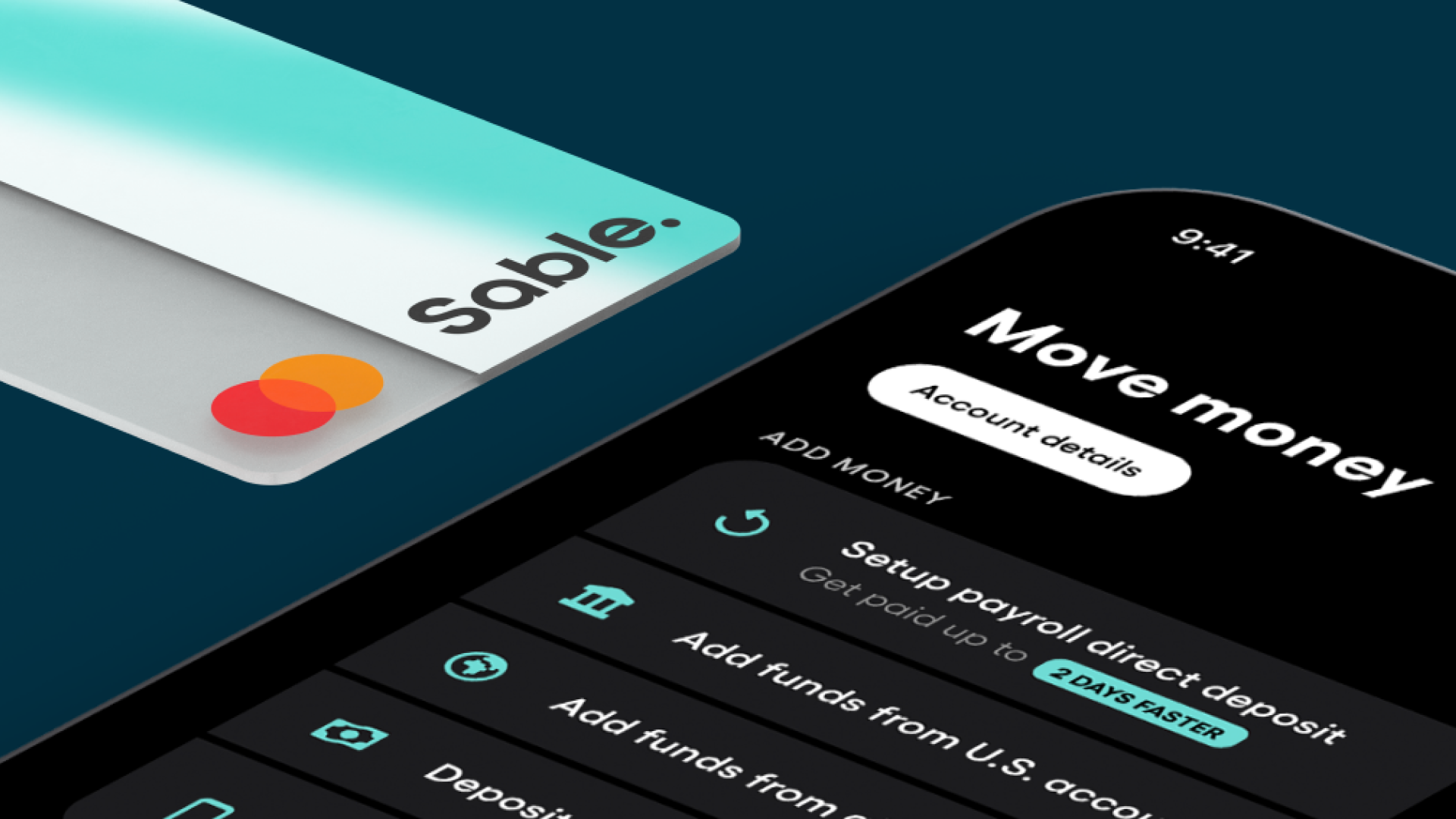 In the U.S., credit scores have a far-reaching impact. Without a U.S. financial history, it is impossible to receive a salary, get a cell phone plan, make a deposit on an apartment, or even subscribe to Netflix—perpetuating systematic inequality.

Sable’s mission is to facilitate financial inclusion. Sable allows clients to start an account in minutes with no credit check, no minimum deposit, no fees, and no U.S. citizenship required. Those who bank with Sable can therefore build their credit score and graduate to traditional, unsecured credit in as fast as 4 months with coaching from the Sable app.

Sable’s founding team includes Naveen Qureshi, co-CEO and Product Officer, who completed her MBA as a Laidlaw Scholar at Columbia Business School. Upon moving to New York, she discovered that despite a strong credit history in Canada, she was unable to get a credit card in the US. When she met co-Founder and co-CEO Towers Wilen in class, they realized the magnitude of this problem, and together they launched Sable. They moved to San Jose and completed Y Combinator, the US’s most illustrious start-up accelerator, and have since managed to attract over 400,000 account holders in just over a year of their full launch.

This raise is part of the first set of investments of Laidlaw Scholars Ventures, a new Venture Capital fund established by the Laidlaw Foundation to invest in businesses led by Laidlaw Scholars. The funding is intended to support their highly experienced and driven management team to deliver borderless banking for a more connected world.

Naveen said, “Sable’s mission is a deeply personal one. We launched this company with a steadfast commitment to inclusivity, vowing to disrupt the market by eliminating the very barriers to entry that have left millions of Americans and immigrants out of the banking system in the U.S. We continue to deliver on this mission—our latest innovation demystifies the credit building process by providing an accelerated, simplified and completely transparent path to graduation. We are excited for the partnership with LSV and look forward to what the future holds.” ‍

Niall Santamaria, Chief Investment Officer of LSV, said, “We are delighted to join Sable’s mission to provide financial freedom to those underserved by today’s banking infrastructure. The growth that the business is experiencing demonstrates the scale of the problem, and LSV share the Company's belief that the current lack of provision of these products to millions perpetuates the inequality of opportunity, so is excited to support this highly experienced and driven management team.”

Sable was started by asking a simple question: What if premium banking was built equally for American residents, immigrants, students, and citizens—for everyone? For over a century, the U.S. has put up barriers based on race, nationality, gender, sexuality, and more to life-changing tools like credit and debit. It’s not a new problem, but it was time for a new solution. Enter Sable: effortless, borderless banking for a more connected world. Sable makes credit and debit quick to get, credit score fast to build, and banking easy to understand. They are on a mission to bank the world.

Laidlaw Scholars Ventures (LSV) is a for-profit business investing in start-ups founded and run by Laidlaw Scholars. Backed by a $50m fund, LSV accelerates Good Businesses by financing growth, providing support services, delivering extensive training and development, and bringing a network of expert advisors and mentors. All profits from LSV will be returned to the Laidlaw Foundation to invest in its educational programmes designed to break the cycle of poverty, reduce inequality and develop a new generation of ethical leaders.